We were introduced to our brewer, Murray, and learned about the 4 cats for which his home brew operation was named (Four Felines Brewery). He told us about his Thai-influenced wheat beer with notes of basil, ginger and of course lemongrass. With the best name ever – “Weit Thai” (literally meaning “Thai Wheat” but pronounced like “White Tie”), of course the label must have a cat wearing a tie.

We started with some sketches, then formalized some of them into more complete options to proposed to Murray and his furry friends. 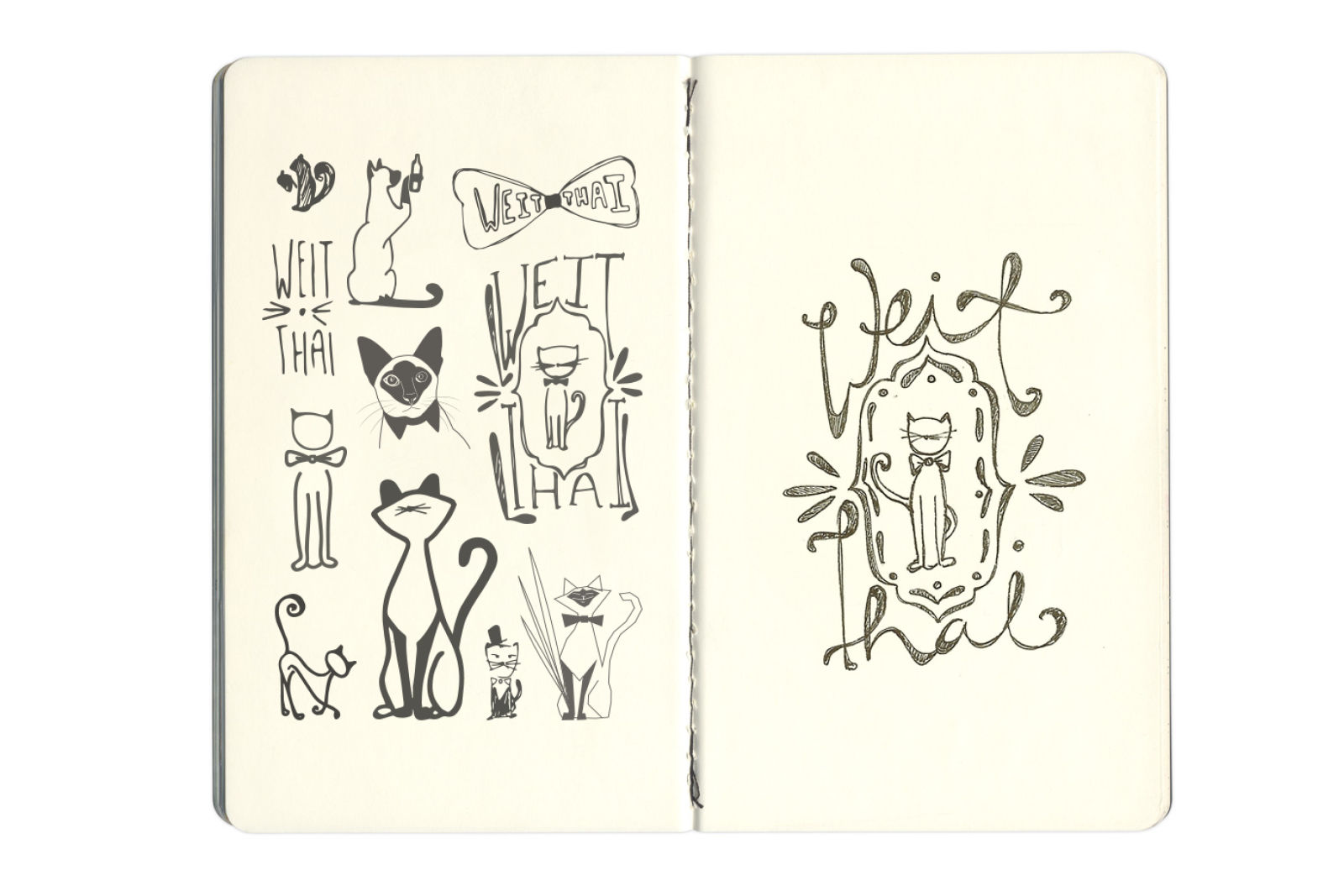 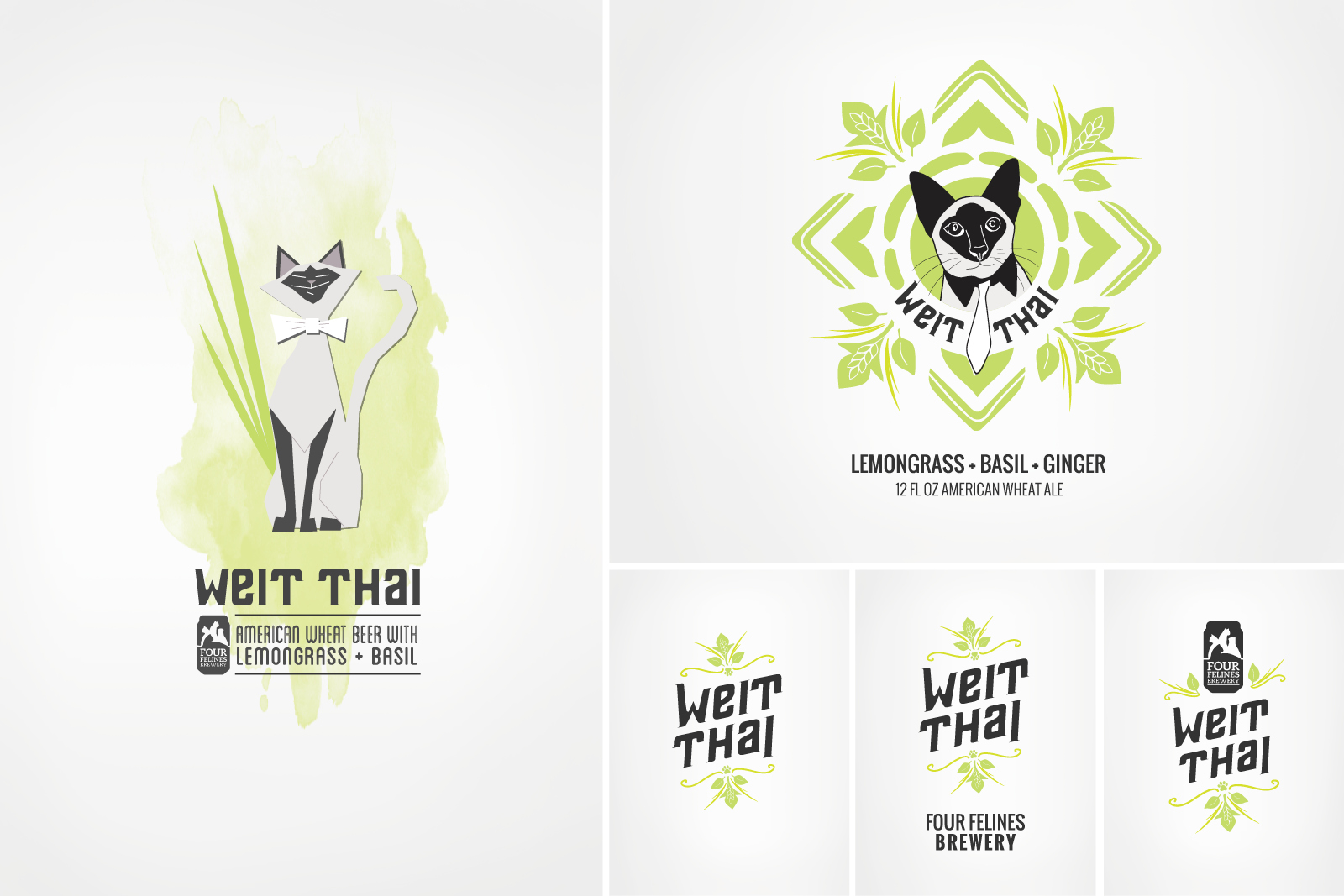 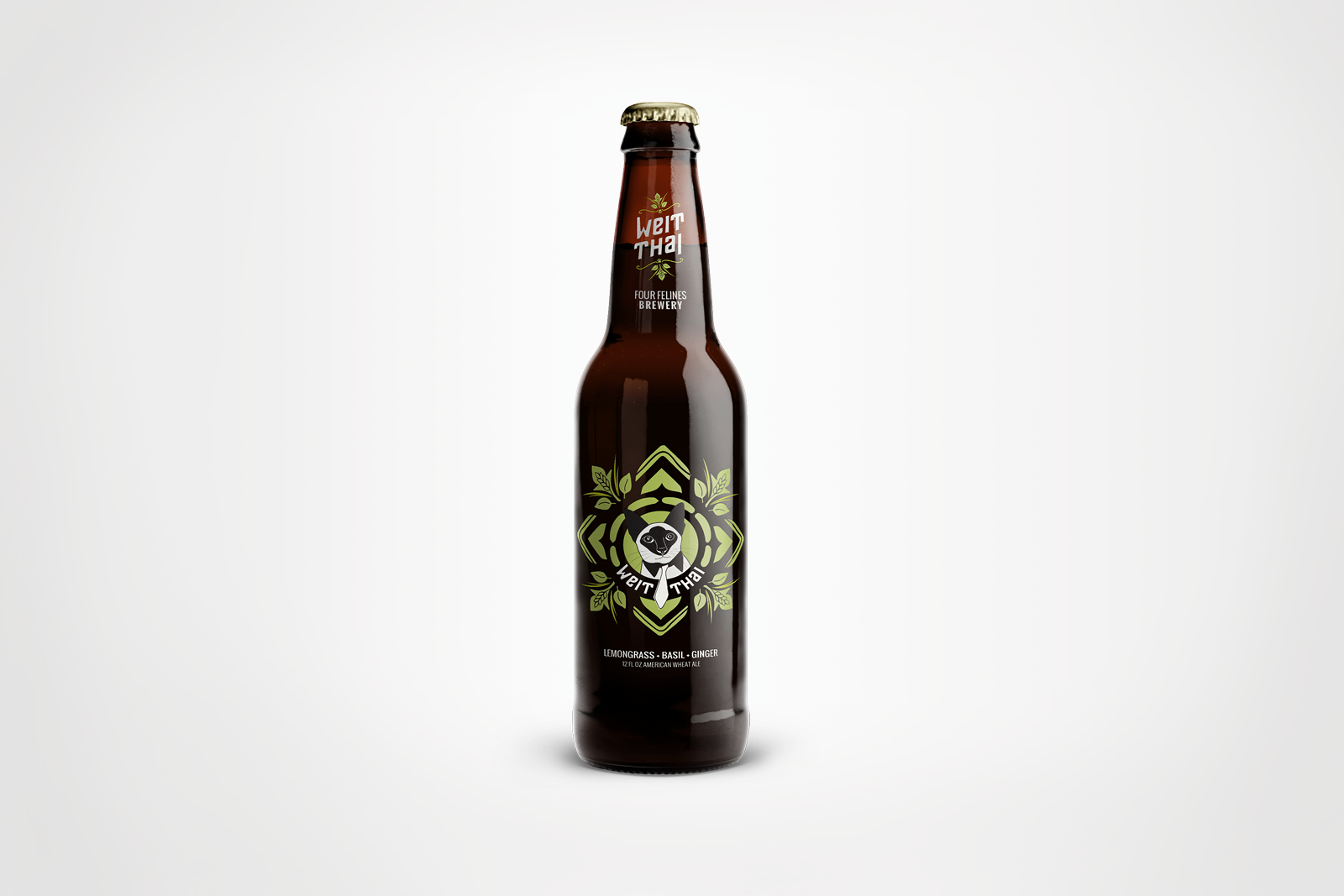 Once Murray chose the following design which features a Siamese cat, complete with bow tie and decadent gold embellishments, all that was left was to sit back and enjoy a nice cold brew. 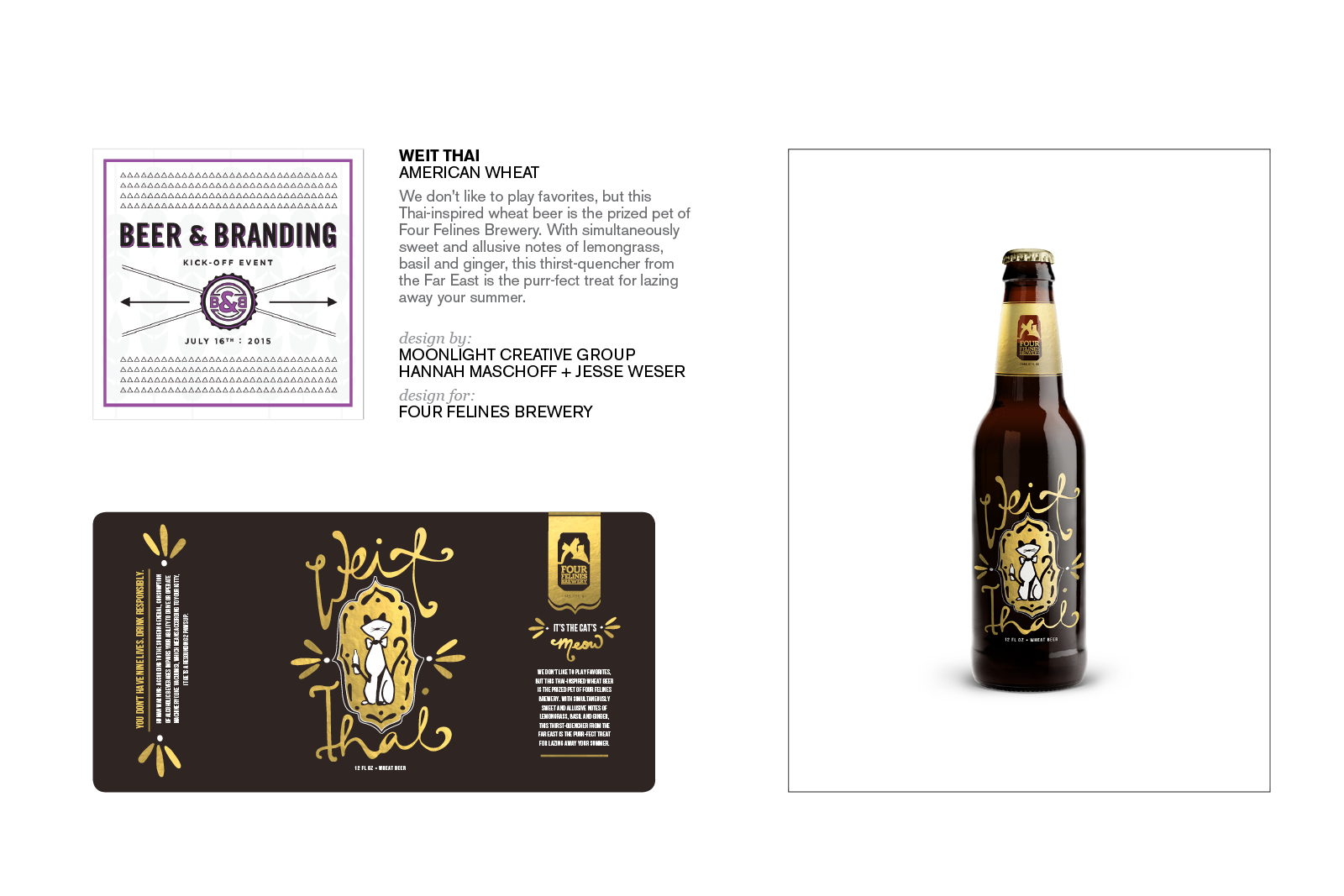 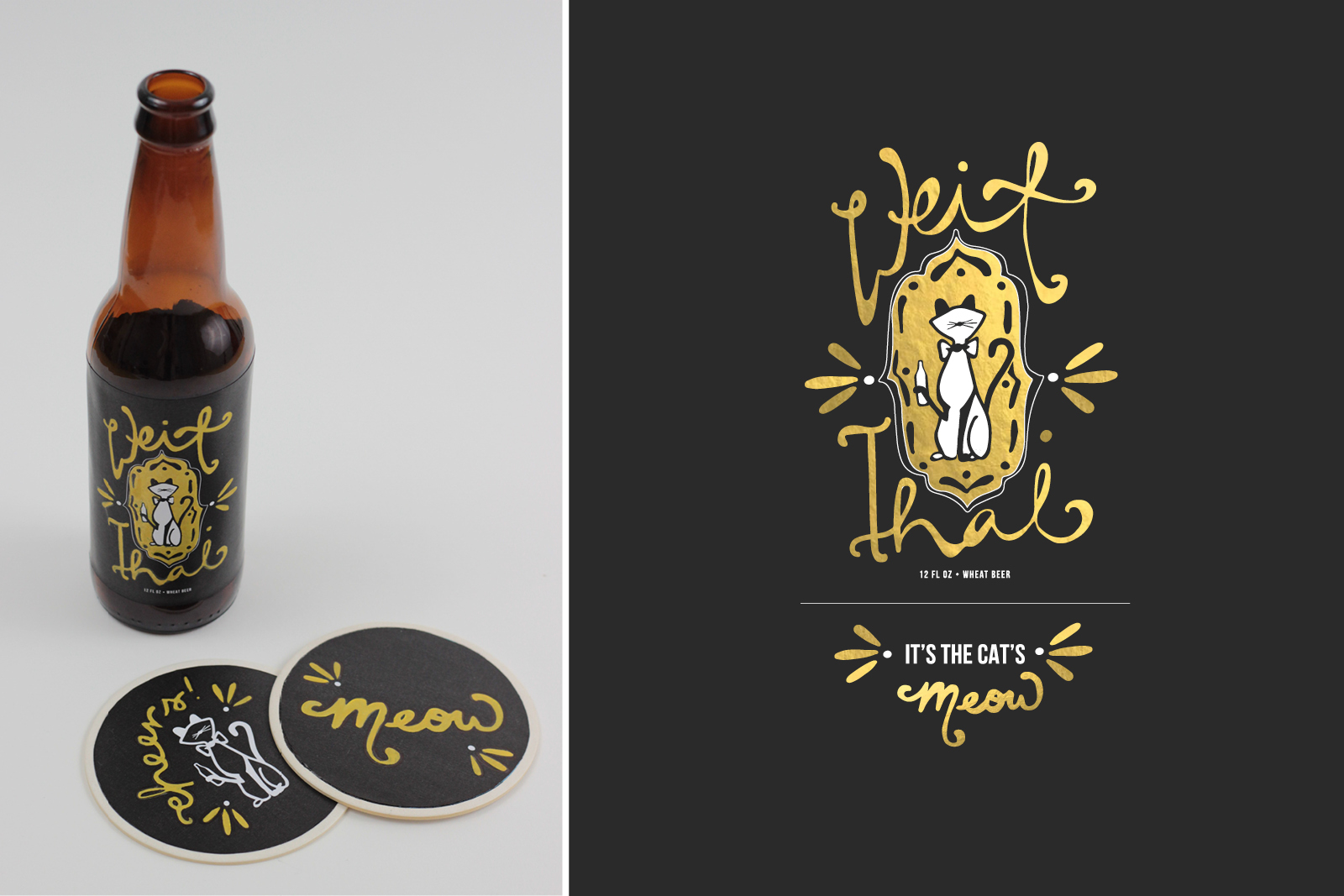 Not a cat person? We’ve got you covered: Why Starting a New Project is Kind of Like Getting a Dog